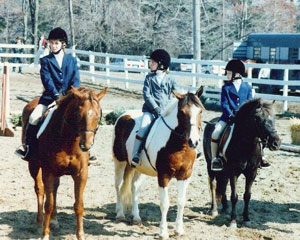 History of the Trillium Circuit

In September of 2013 the Trillium Hunter Jumper Association celebrated its 30th anniversary with the largest ever Trillium Championship Show. It all began very humbly in 1983 with the assistance of the Ontario Equestrian Federation and the Seagrams. The organization was designed with the goal of bridging the gap between local schooling shows, and the “A” Circuit. The Trillium Circuit would provide exhibitors a viable local alternative to pursue their equine competition interests, and would provide a training ground for new judges, course designers and stewards.

In the last thirty years the Trillium Circuit has seen thousands of horses and riders develop through its ranks. Hundreds of officials have gained valuable horse show experience and many coaches and facilities have developed riding programs and venues that focus on bringing quality riders and horses up through the Trillium Circuit. The passion, commitment and creativity of various show managers, trainers, officials, competitors and volunteers have been instrumental in the development, and ultimate success, of the circuit. The Trillium Hunter Jumper Association currently boasts more than 3000 active members, and a flourishing circuit of 75 horse shows.

The highlight of the Trillium Circuit is the annual Championship Show. Each of the seven zones in Ontario are invited to send their top seven competitors in each of the core divisions to compete against the top seven from the other zones. Today the Trillium Circuit boasts 18 divisions that include everyone from the short stirrup children, to adult amateurs and even industry professionals. There is a place for green horses to be developed by strong riders, as well as for seasoned veterans and school masters to teach inexperienced riders.  Each division at the Championship Show can draw as many as 49 competitors! This environment makes for a very competitive show every September and a wonderfully fun event to end the show season.